How To Survive Five Days Stuck In A Ditch — CANDY!!! 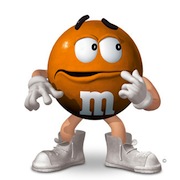 I just saw on the news a woman was stranded on a road with a rental car and survived days by eating candy!!Ok this was in Idaho and I’m not sure why she opted to stay stranded in the car. She survived on peanut butter M&M’s..

Lynn S. Keesler, 61, of Houston, was evaluated by emergency medical technicians but refused to go to the hospital, saying she just wanted “a warm bed and a bath,” The Times-News reported Tuesday.

The Cassia County report said Keesler believed she had been stranded for three to five days, but the sheriff’s log shows a deputy gave her directions to the hotels in Burley on Jan. 15. She walked to a nearby house for help on Jan. 22.

Keesler told deputies that after getting directions, she saw water by a dairy and thought it was the Snake River. She told deputies she tried to drive around the outside of the water but got stuck in the mud.

The first night she was stranded she flashed her headlights all night until the car’s battery ran down. Keesler told officers she also honked the horn a couple times when the battery would power up enough.

She lived on peanut butter M&Ms and water and told officers she stayed in the car because she had been told not to leave her vehicle if she became stranded. Keesler finally went for help Sunday after the settling pond started filling with water.